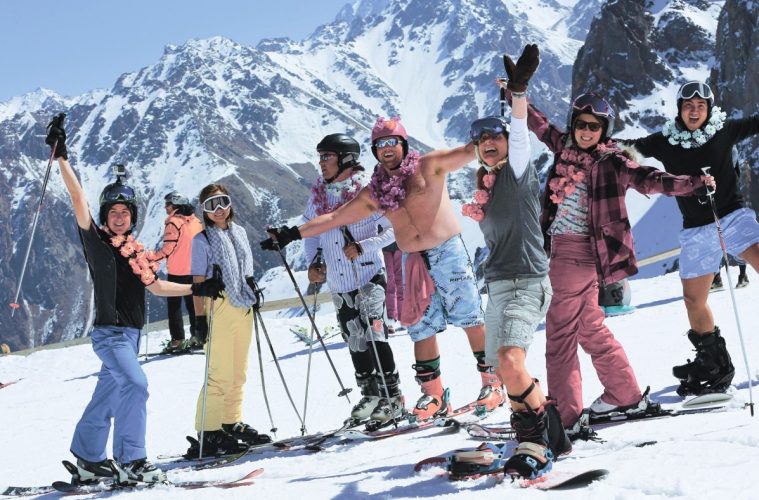 You’ve been sailing down the mountain on rented and borrowed skis for a while but as you’ve learned to progress in the skill you've realized that it is time for some skis of your own. You like doing a lot of different things, but you can only afford 1 pair of skis right now, so you can't just grab anything. In your search for great quality all mountain skis, you’ve come across the Salomon name a lot. This led you to our Salomon Skis XDR 88 Ti review.

In this Salomon Skis XDR 88 Ti review, we will cover a variety of features that are common to compare among skis. From how Salomon skis perform in different conditions, to whether Salomon all mountain skis truly live up to their category name, this is the most comprehensive of the Salomon skis reviews available online.

The Salomon flex pattern has some great features. The XDR 88 Ti's tips are quite accessible and the tails aren't as stiff as others in the class, making it much better when coming out of turns. It's also very stiff in the middle of the ski with softer tips and tails.

By comparison, the Rossignols are extremely stout, especially in their tail. They have a softer forebody, but much stiffer tips and tails. Their shoves are also more pronounced on snow. The Rossignol 84s have a square tail for extra stability in hardpack turns, but this means they're not a great park ski when it comes to flex. The tail rocker lets them release easily in tighter spots, which is nice.

The XDR 88 Ti is an extremely light ski compared to the rest of the skis in its class, which helps it float much better than other skis in powder. These skis are 1790 and 1831 grams, which is a pretty significant difference, making them quite unusual for weight.  The lightweight aspect of these skis is awesome, but this also means that people who want a ski to have great suspension and stability won’t like them as much. Keep them on softer snow if you don’t like a bumpier ride.

By comparison, both Rossignol skis have more traditional weight differences between the skis. This makes the power they generate much easier to handle and ride with, but may not perform as optimally in certain categories.

The Salomon XDR is great at maneuvering thanks to the all-terrain rocker 2.0 (which mixes a tip rocker and slight tail rocker with camber underfoot). It's also got a smooth swing weight. This feels more like a carving ski than an all-terrain ski, but it's exceptional at floating over powder.

It is certainly better than the ROssignols at powder floatation. The Rossignols are extremely stiff and their tails are pretty hooky, so they tend to sink in the powder more than they float. The Experience 84s are better than the 100s at floatation, but they still can’t quite compare to the Salomons.

Salomon’s XDR skis are pretty stable. These skis are extremely confident, even when they're running the zipper fall line. They can tackle any terrain with energy and they have the finesse to come through backcountry as easily as they speed down groomers. They fail a little but at Super G turns when taken at incredibly high speeds, but for the most part, they are one of the most stable skis you will find.

The Rossignol 100s are a category winner, though. The extra width underfoot and the stiffness of the ski make them much easier to ski at speed if you’re not used to harnessing a ski’s raw power. The Rossignol 84s are not as good as either other option at stability. Although Rossignol has an amazing racing background that allows you to ski at speed with both of these Experience skis, they haven't managed to erase the chatter and vibration at the highest speeds yet.

When it comes to edge hold, the Salomon X-Drives are also very good, but the Rossignols just managed to push them out of the top spot in this category. The Salomon XDR is capable of quickly and easily grabbing the edge for a precise arc through turns. They excel on edge and they beg to be raced on their edges.

The Rossignol 100s are just as awesome on the edge. In fact, they're so eager to be pushed onto their edges that it feels as if the Rossignol Experience 100 skis were specifically designed to ski all edges all the time. This is the only reason they managed to nose ahead of the Salomon X-Drives, but it was a very, very close race.

These skis are amazing at carving. Seriously, the more you carve on these the more you'll want to! They're extremely playful with some great pop! Lean into your shirt swing turns and you can load the ski to the apex every arc you make. This lets you pop into the next edge set with extra rebound for a truly thrilling experience. It's ridiculously easy to move from turn to turn on these skis.

When we tested the skis for carving, the response we got when riding these was sheer glee. Everyone let out whoops of glee, and no one wanted to move to a different category because it was just too much fun carving on these sweet, sweet skis! Trust us, these skis may be all mountain skis but they will feel like they were made to carve when you get going.

The Rossignols are also excellent at carving, and only fall a little behind the Salomons. Because of the double titanium layer in the Experience 100s, the edges hold well and they move very easily when carving. If they were up against anything except the Salomon’s they would take this category.

This is where the XDRs fall a little short. If you're looking to make short or medium radius turns, then these are some great skis! The issue is that they can't really handle long turns well at all. These skis were created to have energy and effortless arcs, not for long turns.

The Rossignol 84s are actually the best of the 3 skis when it comes to longer turns. They’ve got the ideal sidecut with an auto-turn rocker to make it automatic and intuitively know what you're trying to do without as much guidance. This makes them suitable to less advanced skiers but frustrating for advanced level skiers who prefer the precision and sharpness of the Salomons.

Of the models, the Salomon XDR 88 Tis (Salomon X-Drive skis) are the best and most fun on the mountain. They’re far more versatile in a variety of situations, which means you can cut right through the chunder with their tip design while staying afloat on fresh powder. They have just enough pop and playfulness to handle the parks, while also having the precision and adventure needed for zipper line runs.

On top of that, they are ridiculously fun when they get to go carving!

The Rossignol Experience 100 skis are a very close second. They are more stable than the Salomon skis, but they also tend to be less playful and a bit less versatile in trickier situations and fresh powder. If you’re looking for stability, pick up the Rossignols but otherwise stick with the Salomons!