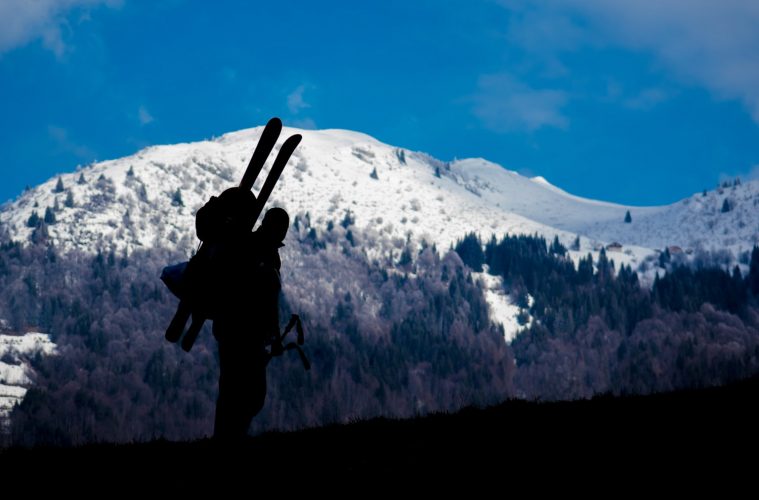 Nothing beats the feeling of floating across the fresh powder… except maybe trekking through the backcountry! Oh, or skating through the park! Maybe carving down the groomers? You can’t pick a favorite, so you’re looking for a pair of all mountain skis that can handle anything you throw at them. In your search for the best all mountain skis reviews, you noticed that the Head Kore 93s show up frequently, and wanted a little more information. This Head Kore 93 review will help you!

We have broken down the Head Kore 93 skis for a very in-depth review. We have compared the Head Kore skis performance with the Salomon X-Drive All Mountain Skis and the Rossignol Experience 100 Open All Mountain Ski to finally determine which of these 3 amazing pairs of skis is the best all mountain ski for the 2019 ski season!!

The Head Kore 93 skis are amazing. They are one of the most affordable skis in their class, but still manage to offer a flexible and playful ride that can handle almost anything! In a direct performance comparison, we still like the Salomon X-Drive All Mountain Skis better, but the Kore 93s came out ahead of the Rossignols because the ride experience was nearly as amazing for much less money.

Although skis with metal in them have a bit more rigidity and dampness, this lightweight ski can hold its own in the mountains. You can handle 360s off your favorite parks while still being able to carve down the best groomers. The light skis are great for backcountry exploration but can still perform on piste, as well! The price makes it a fantastic value, which is why we think it is nearly as good as the best in class all-mountain ski, the Salomon X-Drive.

The Kore 93's materials are extremely deceptive. The skis don't have metal or titanium, so you might assume that they also come without stability, but that's wrong. The Kore 93 holds an edge as well as the Salomon's. Although the titanal of the Rossignol skis gives them the victory in the stability performance, the difference is negligible enough that an experienced skier could easily get the same edge performance out of the Kores!

Although it isn't as damp as the Rossignols or Salomons, it doesn't have the massive amounts of chatter that can sometimes be found at higher speeds with the Rossignol. They do lack some stability at the higher end of the speeds, which is why the Salomon skis edge them out for the victory here, but in most conditions and at all but the most wicked of racing speeds, the Kore 93s are excellent – especially given their lack of metal in the core.

Kore has a reputation for being one of the best manufacturers of racing skis in the industry. The Kore 93s are not racing skis that are built for slaloms, but you can definitely tell that they've got a background in racing when the Kores go over edges on the course.

These skis initiate turns very quickly and easily, despite not having the same edge-to-edge reinforcement underfoot as the Salomons. The underfoot camber with the Karuba wood core gives them a better pop than the Rossignols when it comes to carving fresh groomers.

They are nearly as quick edge-to-edge as the Salomons and they easily outpace the Rossignols when it comes to how easy it is to adjust turn shape and width. It's got an extremely tight arcing turn at a 17.5 m radius, too.

When it comes to crud, the Kore 93s fall behind both the Salomon and the Rossignols. This is their weakest area. In the crud, it becomes extremely obvious that these skis are missing the metal.

Although graphene is super strong, it just can't dampen the same way titanal can.

This doesn't mean it can't handle chopped up or refrozen chunder and powder…. It just isn't anywhere near as smooth as either of the competitors.

It's still really easy to drive through the crud and takes direction very well. In fact, the tip deflection on these skis is better than the Rossignols.

The problem is that these skis can't absorb inconsistencies that abound in crud skiing. By contrast, the Salomon X-Drives can cut through everything without cutting your knees at the same time.

So, the Kores can handle the crud… but they transfer all the roughness to you. You need to be able to handle it as well.

In the powder, the Kore 93 really shines! This seems to be what these skis were designed for, and you could almost forget that they’re not specialized skis made for this snow. They float significantly better than the Rossignols and just as well as the Salomons, so they tie with the Salomons for victory in this category.

Seriously, the 136 mm tip is large enough to pull the ski back to the surface, while the tip rocker keeps them afloat. The rocker combines with the soft flex pattern in the tip and tail to make it really easy to slash, slave, or even butter your turns in any terrain on powdery days. It's got way more float and predictability in softer snow than any of its close competitors – especially given that it's not even the widest ski in this line!

They are so much fun to play around the mountain with thanks to their flex pattern, rocker, and versatility. We loved jumping everything, jut to have a great laugh!

The Kore 93s offer tons of pop when you jump off and they land surprisingly softly given the lack of dampness thanks to the wood core and underfoot camber. The lightweight construction makes them easy to throw around through tricks.

These are good skis on most bump runs… but they're not the best. The tip and tail rockers offer a lot of forgiveness and eliminate the problem with catching in troughs, but the Salomons still offer a smoother ride.

The ski is extremely fast thanks to the low swing weight, so it can handle the bumps well enough, and the narrow width allows it to pivot quickly. It's also a great length for double bumps and air bumps but falls a bit short when it comes to zipper-lining under the chair. The Salomons would be better for that sort of skiing.

One of the key elements of the Kore skis is how light they are. In fact, Kore claims that they are the highest performing lightweight skis in their categories, and this isn't untrue. The Kore skis might actually be the lightest weight skis that we have ever seen considering the length and width of them.

Kore skis and Salomon skis are about equal when it comes to how lightweight they are. While Kore sacrifices the dampness to eliminate the metal in the core and uses Air Tip technology, the Salomons also have an all-wood core. This makes it difficult for the Rossignols to compete with the 2 in this category.

The Salomons are a little better because of their honeycomb tips removing the twitchiness that usually comes with lightweight ski tips. They also distribute the weight in a way that makes it amazing off-piste and with rough groomers. They made sure to compensate for the honeycomb by leaving the tip untapered for stability.

The Kore 93s have less taper than the other Kore skis in the line, which is great because it's got a bit more stability for all different terrains. The ow weight plus stiff flex is where they miss the mark. This combination makes for a very jarring ride that will put a ton of stress on your knees.

This is why the Salomon and Rossignol skis both get the advantage here. The Rossignols focus the weight on the center of the ski for some extra stability and the metal core offers some dampening. The Salomon skis made sure not to taper the tips too much and they have a little more give and shock absorption.

The Kore turns are pretty stellar. The tip rocker and lightweight design mix with the flex to make turns ridiculously easy to initiate and the edge hold grabs onto them. These are great for making short and medium radius turns, but if you need to you can push them to make longer turns, too, because of the balance this ski offers.The Rossignols are amazing for turns, too. The Air Tip and Auto Turn Rocker make turn initiations effortless. The extended sidecut will increase your grip even at speed. This ski may fall short on float and playfulness but it outpaces the Kore here. Another Rossignol model with more float is covered in our Rossignol Soul 7 HD review.

The flex pattern of the kore skis works against it given the shape. Although the flex offers fantastic pop when it comes to jumps and tricks, it also makes the ride in the rougher terrain harder to manage and works against the float and turning. The Salomons are much more giving when it comes to this category, although both are still more easygoing than the Rossignol, which feels like the flexibility for all terrains was an afterthought rather than a design decision.

​The Kores are a bit weaker when it comes to floatation than the Salomons, but they still edge out the Rossignols. The rockers have an early rise pattern so they are still maneuverable and can be steered with ease in both off-piste and on-piste conditions. It feels a lot better as a carving ski in soft snow and powder, where the float is amazing, but it can still hold its own.

​All of these skis handle extremely well. They each have their own design strengths and weaknesses. The Kores are a great balance of edge hold and maneuverability, but they also can’t dampen a ride as well, so your knees will end up suffering due to a less smooth ride.

The Salomons are the best at maneuvering and handling. They have very smooth turn initiation, a little bit more shock absorption than the Kores, and can still hold an edge well. They also float well over the backcountry trails and can handle zipper-lining under ski lifts.

​The Kores do very well in softer snow. This is their strongest category. The tip structure drives the skis back up, and their extremely lightweight design makes sure that they float with ease over soft snow and powder!

​The Kore skis can handle hard snow reasonably well. They hold an edge and can carve groomers with the best of them. The Salomons are a bit better in this category, though, thanks to the same design elements that give the Kore skis an advantage over them in softer snow.

​Overall, all 3 skis are very great options. The Salomon X-Drive skis are still our favorite and they remain our top choice for all mountain skis, but the Kore 93s are the new favorite when it comes to the best bang for your buck.
Reading Time: 8 minutes